In March of 2018, I attended the Bay Area Society for Neuroscience’s biggest event of the year, SfN Wonder. The event featured four distinct speakers—Johanna O’Day, Dr. George Counelis, Dr. Yvonne Kwan, and Caroline Fitzgerald—who each talked about a different aspect of neuroscience that they specialized in. All of the speakers had amazing presentations, but I found Stanford Graduate Student Johanna’s presentation on investigating the biochemical and neural features in Parkinson’s especially insightful. Her work has been focused on helping patients with Parkinson’s who have a symptom known as Freezing of Gait, or FOG. To better understand her work and how it can transform the lives of Parkinson’s patients around the world, it is first important to have a greater understanding of what exactly Parkinson’s is. 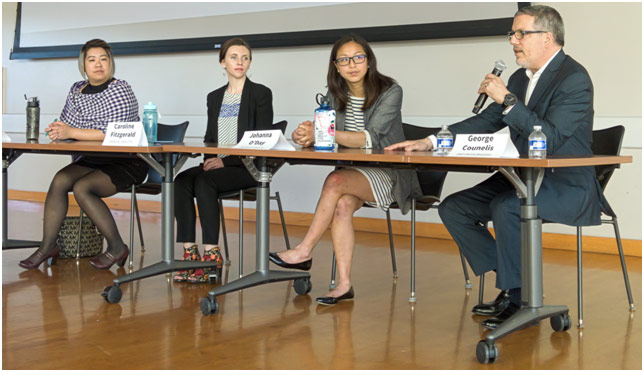 Four Speakers at the Question and Answer Panel at SfN Wonder

Parkinson’s Disease is a neurodegenerative disorder caused by the loss of dopamine-producing cells in a region of the brain called the substantia nigra. Since dopamine is an essential neurotransmitter that is vital to movement regulation, some of the most common symptoms of patients with Parkinson’s include a tremor (trembling that occurs usually at rest), bradykinesia (slowness of movement), muscular rigidity (stiffness and inflexibility), and postural instability (impaired balance). At the moment, there is no cure for this disease, yet drugs like levodopa, which is turned into dopamine by the body, can make a large difference in patient’s lives. Levodopa is also usually coupled with carbidopa, which helps slow down the breakdown into dopamine until the levodopa reaches the brain. However, this combination does not always help alleviate parkinsonian symptoms like FOG, a symptom which 53% of patients with moderate to advanced Parkinson’s experience. FOG is characterized by a patient suddenly feeling as if “their feet are ‘stuck to the floor as if held by magnets’” and thus being unable to move (Parkinson Foundation). It has been shown that FOG is an expression of the high asymmetry and arrhythmicity in the patient’s gait cycle. Asymmetry refers to the patient being unable to swing their arms with one another (one arm swings more than the other) while arrhythmicity refers to the patient being unable to maintain a consistent stride time. As freezers have higher gait asymmetry and arrhythmicity than non-freezers, correcting the asymmetry and arrhythmicity could potentially stop future freezing episodes. This is where Johanna and her fellow researchers’ work comes in. 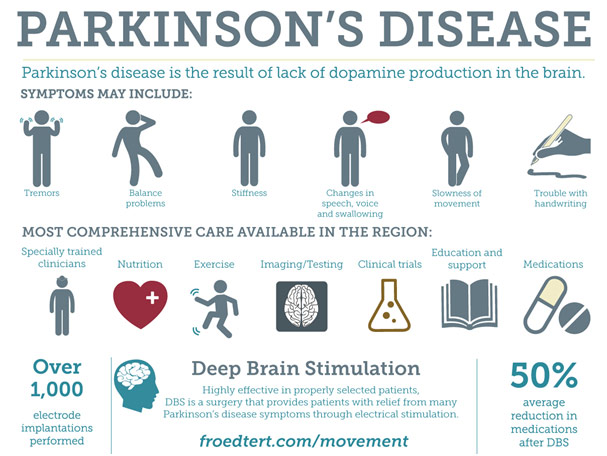 The basis of their work is the use of peripheral vibrotactile coordinate reset stimulation (PVCRS), which works by using electrical stimulation through the peripheral sensory system to reset populations of neurons, ending any aberrant neuronal synchrony. Using a turning and barrier course which elicits episodes of freezing 33% of the time, Johanna and other researchers tested how five Parkinson’s patients would respond. In order to measure the results of this experiment, they used “a blinded rating of the Unified Parkinson’s Disease Rating Scale (motor, UPDRS III), quantitative measures of forwarding walking using 9-axis inertial measurement units (APDM Inc.), and the kinematics of repetitive wrist flexion-extension (rWFE) using solid-state gyroscopes (Motus Bioengineering)” according to Syrkin-Nikolau et al. (2018). The Unified Parkinson’s Disease Rating Scale was used to determine the severity of the patient’s Parkinson’s. The inertial measurement units were attached like a Fitbit and measured the patient’s gait and balance so that researchers could determine episodes of freezing. The solid-state gyroscopes were attached to the hand and used to measure the angular velocity of the wrist flexing and extending in order to measure wrist bradykinesia. After doing some experimenting, they determined that 3 days of peripheral vibrotactile coordinate reset stimulation was tolerable and resulted in an increase of repetitive wrist flexion-extension, which corresponds to reduced bradykinesia, along with an acute reduction of arrhythmicity and asymmetry. In the long term, there was also a general reduction of asymmetry and an increase in repetitive wrist flexion-extension. The experiment, in short, was a huge success and brightened the future of using PVCRS for Parkinson’s treatment. 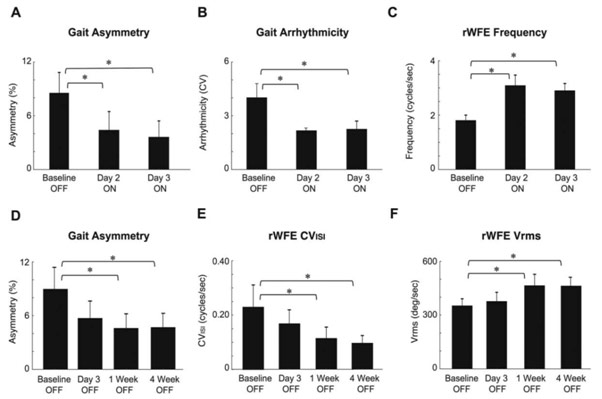 Johanna then went on to discuss the future of this technology, which was largely based on predicting the freezing of gait before it even happens to help Parkinson’s patients avoid FOG altogether. Implanted units like the Activa PC+S from Medtronic, a type of deep brain stimulation, may be the way to go. They relay kinematic and neural data to the patient’s neurologist, hence their nickname “brain radio,” and deliver electrical stimulation in real time. The goal is that these units can one day adjust the voltage and frequency of the electrical stimulation based on the patient’s specific movements. This in turn will drastically reduce parkinsonian symptoms like FOG among other symptoms potentially. In this way, Johanna’s work seeks to improve the lives of the millions of patients around the world living with Parkinson’s. 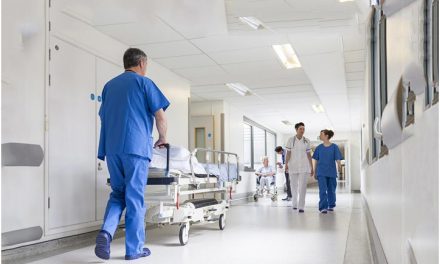 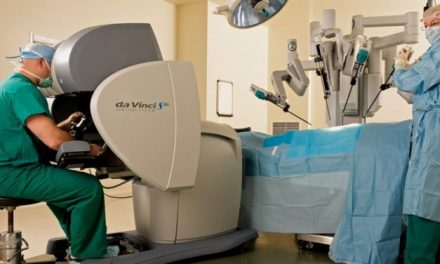 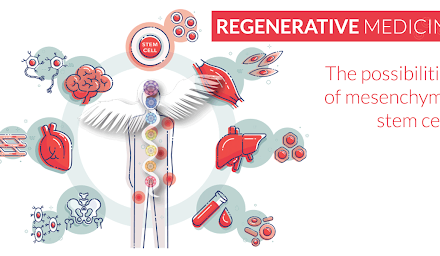