For 2 weeks in August 2018, I was in Warsaw, Poland for the Gap Medics Internship. The experience was fascinating, allowing me to observe surgeries from the same vantage point as the operating doctor while also giving me the opportunity to learn so much more about medicine. My second week in Poland was spent in the gastroenterology and transplantation department while my second week was spent in the orthopedics and traumatology department. Both weeks proved especially insightful and just showed how life-changing, and hard, medicine truly is. In this post, I will be discussing a few cases from one clinical day in the orthopedic and traumatology department where we say some 28 patients in rapid succession. 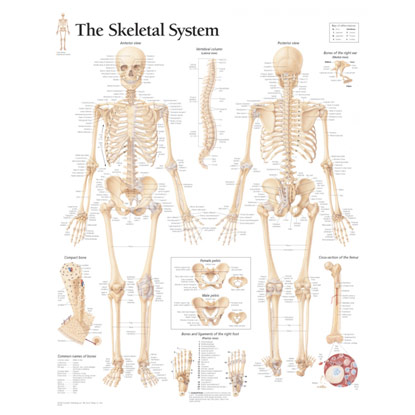 The ACL, or anterior cruciate ligament, is key for the stabilization of the knee joint, connecting the femur to the tibia. An ACL tear is one of the most common knee injuries, most often found in people who engage in demanding sports like soccer and skiing where there may be sudden changes in motion or direction. Immediate symptoms include a loss of range of motion and immense swelling. Since the ACL cannot heal on its own, reconstruction is often needed to assist the healing process and restore range of motion. In the clinic, we saw a few patients with problems related to their ACL. One woman hurt her left knee 3 months ago when a cow fell on top of her. The physical exam Dr. Agnieszka performed found edema, or swelling, as well as an unstable knee as the anterior drawer test, was positive. This test saw the patient lie on the exam table with the hip up 45 degrees and the knee down 90 degrees. Dr. Agnieszka then pushed the tibia forward and saw that it moved more than 6 mm (excess anterior translation, or sliding). The MRI also showed fiber discontinuity, fluid in the knee, and swelling of the bone marrow, common signs of an ACL tear. Based on these signs and the patient’s young age, Dr. Agnieszka recommended surgery.

Another patient we saw had undergone ACL reconstruction in 2016 but unfortunately had an infection of the knee. Thus, in addition to giving IV antibiotics, an arthroscopy was done to clean the region up of infected tissue (debridement) and do some saline irrigation. The ACL graft was not removed then. Weakened by infection, the patient’s medial meniscus, an important shock absorber that helps to protect the cartilage of the knee, was torn when he inadvertently twisted his knee soon after this arthroscopy. The ACL may have torn again, Dr. Agnieszka thought, so she ordered an MRI to make sure. 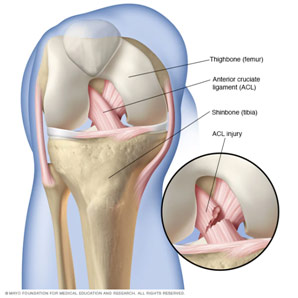 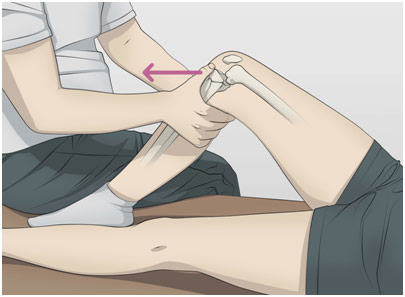 A tendon is a cord of collagen that connects bone to muscle. Finger extensor tendons lie in the hand and connect the proximal forearm muscles to the phalanges through tendon sheaths to control the straightening of the fingers. The patient in a case I saw involving the extensor tendon had rheumatoid arthritis. To summarize the condition, the body’s immune system attacks the synovium of a joint, causing it to become inflamed, which leads to the degradation of the cartilage and bone. Rheumatoid arthritis caused the patient’s extensor tendon of the fourth and fifth digit (ring finger and pinky respectively) to rupture because of extreme inflammation of the tendon synovium (tenosynovitis) that weakens the tendons and the gradual attrition, or wearing down, of the tendon. To the naked eye, the injury was visible since the two fingers with the injury could not straighten themselves and hung below the rest of the fingers. The patient could not move those two fingers. Dr. Agnieszka recommended surgery to directly repair the extensor tendon where she would put small sutures to connect the ruptured ends.

Another case involving tenosynovitis was a patient who was diagnosed with a trigger finger. Trigger finger is a condition where the A1 pulley at the base of the finger becomes thickened, causing the flexor tendon, which allows one to bend one’s fingers, to not be able to properly function. The A1 pulley lies at the beginning of the flexor tendon sheath, normally keeping the flexor tendon snugly in place, close to the bone. When the A1 pulley is inflamed, the tendon sheath becomes narrowed, “catching” and immobilizing the flexor tendon. Additionally, a swollen nodule may form as the flexor tendon itself becomes inflamed, thus causing more problems as the nodule can get stuck under the pulley. Thus, the finger gets locked in a bent position as if one is pulling the trigger of a gun. If the patient wanted to straighten his finger, it was very painful, and there was an audible “pop.” Splinting and corticosteroid injection did not resolve the patient’s issues, so Dr. Agnieszka recommended tenolysis surgery to release the A1 pulley. In this procedure, through a small incision, she would cut the thickened A1 pulley so that the flexor tendon can move freely without any obstruction. 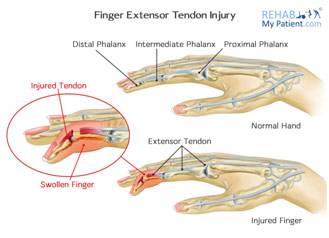 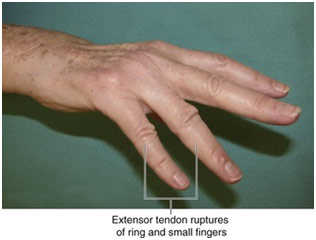 Clinical Presentation of the Injury 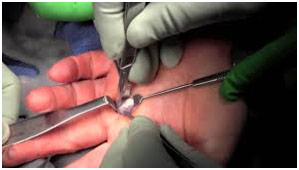 The supraspinatus muscle is an upper back muscle, sitting on the top of the scapula, and one of the four rotator cuff muscles where the others are the infraspinatus, teres minor, and the subscapularis muscles. The supraspinatus muscle helps move the arm away from the body (abduction). While it is common for the supraspinatus tendon tear to be due to degenerative changes over time, we saw an acute case due to a right clavicular fracture. The patient came in due to continued problems with her shoulder despite conservative treatment, so they did an ultrasound on her, which showed that while the infraspinatus and subscapularis muscles were clinically normal, she had a supraspinatus tear. The was further confirmed by the range of motion tests Dr. Agnieszka performed on her, checking abduction/adduction, external rotation, internal rotation, and flexion/extension of the shoulder. Additionally, she palpated the region to check for swelling, changes in shape, and/or hotness. While Dr. Agnieszka did not observe any of these three signs, she did note the patient’s extremely limited range of motion and weakness. Dr. Agnieszka discussed doing an arthroscopy and trying to repair the muscle with the patient. However, the patient refused to have any surgery done because she was too scared of the potential risks. Thus, Dr. Agnieszka recommended that the patient get a corticosteroid injection, which would help with pain and inflammation, and do physical therapy. She did note that the injection could lead to further degeneration of the region since corticosteroids are toxic to the cartilage. However, as long as the injection was not overprescribed, the benefits outweighed the risks. 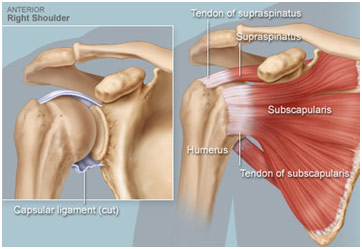 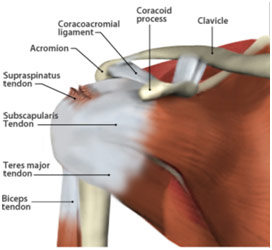 The distal radioulnar joint, or DRUJ, lies near the wrist and articulates between the head of the ulna and the sigmoid notch in the radius. One patient we saw had a fracture of both the radius and ulnar shafts, so Dr. Agnieszka put two plates in on an emergent basis since it was an open fracture, making the risk of infection much higher. The plates helped with the reduction (moving back into place) and stabilization of the bones and allowed for their healing. When she reduced the shafts, she expected that the subluxation, or partial dislocation, of the DRUJ, would be resolved; however, this was not the case. The joint capsule remained underneath the bone, so the subluxation of the DRUJ persisted. Thus, Dr. Agnieszka went back in to put in temporary K-wires near the DRUJ to get proper alignment and stabilize the joint. The wires were removed after 6 weeks; the patient had just come in for a routine post-op checkup.

We also saw another patient who was 89-years old. The patient had severe osteoporosis, which is a condition where the bone resorption (breakdown) surpasses bone deposition, leading to weak and brittle bones that are at an increased fracture. A small fall resulted in a radius-ulna fracture in this patient, but, rather than having surgery like the last patient I talked about, she was doing the conservative treatment, wearing a cast. Dr. Agnieszka described how she does not like doing surgery on patients who are old and have a slightly impaired neurological status as these patients tend to not follow through with physical therapy nor follow the surgeon’s instructions (noncompliance), leading to the surgery being largely unsuccessful in the end. Dr. Agnieszka described how she did not want to take the patient’s cast-off yet because it risks ruining all the good progress they have achieved, so she resolved to meet again with her in 2 weeks. 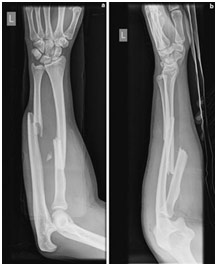 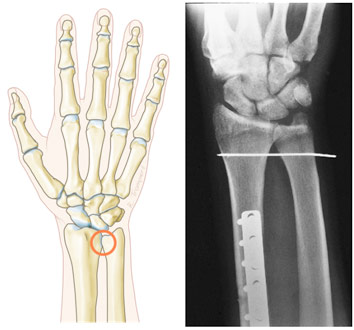 Another patient we saw had a terrible fracture of her lower leg, leading to a severe distal tibia and fibula fracture, commonly known as a tib-fib, due to a car accident. The patient had a surgery where two plates were put in to promote the alignment of the fractured bone for the purpose of healing, but what was unique was that one plate was external to the body (tibia) while one was internal (fibula). The patient had severe injuries to the soft tissue in her leg because of her accident, and Dr. Agnieszka was scared of doing more damage to the soft tissue by putting in two internal plates. That is why she put in one external plate. She also put in a syndesmotic screw near the distal tibiofibular joint to squeeze the two bones together to ensure stability and block the joint so that better healing could occur. In this appointment, the patient complained of pain and a bump on the distal leg where the screw began to stick out. Thus, Dr. Agnieszka began to suggest doing syndesmotic screw removal. Following that removal, which would allow freer movement of the distal tibiofibular joint, she also suggested that the patient, who was then on crutches, do some more weight-bearing exercises to help promote bone healing. This was all on the patient’s own time as the problem with health care in Poland is that there is a long line for physical therapy, sometimes several months. The result is that many patients cannot get the treatment they need, hugely impeding Dr. Agnieszka’s ability to help them with their medical issues. 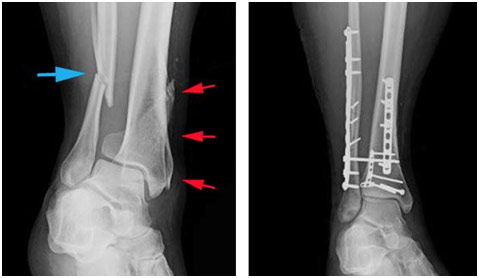 A man, hit by a car, had a serious fracture of the pelvis as well as the lateral tibial plateau a year ago. The pelvic fracture was treated conservatively due to the complexity of the surgery as well as the inability to effect any meaningful outcome change. However, the lateral tibial plateau was fixated and reduced with the help of a plate. Because the patient continued to experience serious pain, Dr. Agnieszka removed the plate and did an arthroscopy to clean up the knee and put stitches on the torn lateral meniscus. The removal of the metal allowed for a more accurate assessment of the joint on imaging, and the MRI showed that a total knee replacement may be necessary since the patient had developed progressive post-traumatic arthritis, which was causing him a lot of pain. The patient was also feeling some paralysis of the right leg in the visit we witnessed, indicating that the pelvic fracture may have touched the spinal soft tissue. Thus, Dr. Agnieszka ordered an MRI of the spine and electromyography of the left where electric shocks would be used to assess muscle and nerves to check for injury. She suspected that the sciatic nerve may be injured. 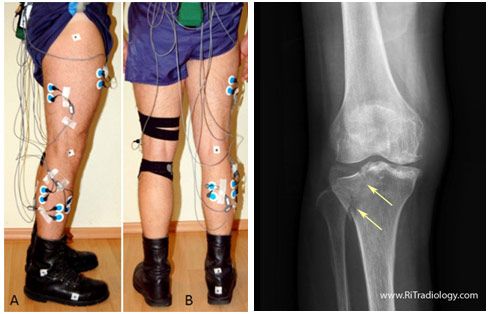 All in all, the Gap Medics experience was one of a kind. I got such a wonderful opportunity to see such interesting cases up close and watch surgeries from an unbelievably close distance thanks to amazing mentors like Dr. Agnieszka. I saw surgeries done nearly flawlessly as well as surgeries with a few inadvertent complications, helping me to get a realistic picture of what medicine looks like. The experience was both rewarding and unforgettable. 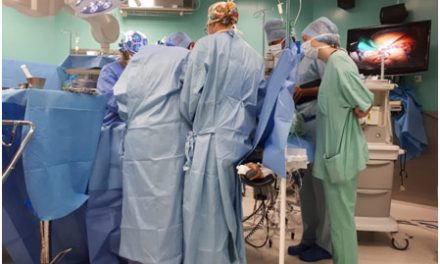 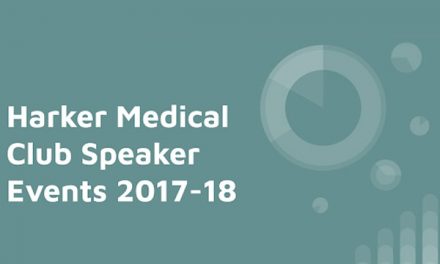