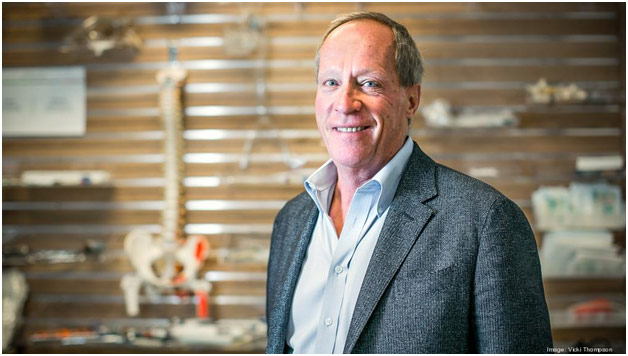 Recently, I started a healthcare podcast known as That Medic Podcast where I interview leaders in the healthcare space. Recently, I had the pleasure of interviewing Dr. Thomas Krummel, professor emeritus of pediatric surgery at Stanford University School of Medicine. Dr. Krummel is also the immediate past chief of surgery at Stanford, as well as the current co-director of the Stanford Byers Center for Biodesign. He got his MD from the Medical College of Wisconsin, did his surgery residency at the Medical College of Virginia, and did his pediatric fellowship at the University of Pittsburgh Children’s Hospital. In this excerpt of my interview with Dr. Krummel, we focus on his thoughts on innovation and experience in that realm. Dr. Krummel is an incredible figure, and it is an honor to be able to share his experiences and advice.

Why did you decide to study medicine?It’s interesting because I didn’t have any family members who were physicians; I didn’t have any role models. I came up with an interest in science and math and wound up going to undergrad as a chemistry major. By accident, I stumbled into a premed meeting: I think it was free pizza and beer that was the initial draw. I was lucky that, during the course of my summer after sophomore year, I was befriended by a pathologist who showed me around the local hospital, and then I worked the following summer in the operating room as an orderly. In between swabbing floors and generally cleaning up, I got to look in the operating room and that became a very compelling experience.

You are currently the co-director for the Byers Center for Biodesign. How did you get involved with healthcare innovation?

I think when you take care of patients, and you assume the responsibility for their care, that is a sacred trust. And the reality is, it doesn’t always work out exactly the way we want. Typically when you see repeated problems, it begins to suggest that there perhaps might be a better way. Joseph Lister’s story, which I am currently reading, was an example where he saw infectious complications of operations, became aware of advances in the theories of microbiology, and ultimately pioneered a safe antiseptic surgery, all because a physician taking care of patients wanted to find a better way. 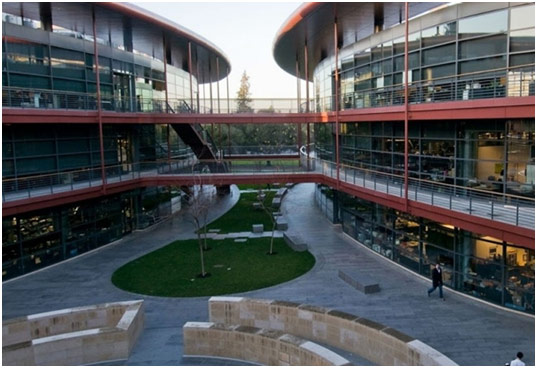 Why do you think it’s important for surgeons, in particular, to be involved with innovation? Surgeons should be involved with innovation because what surgeons do is of consequence. When you take up the responsibility to care for someone when you propose an operation or a manipulation, you better get it right, and you better be there when it doesn’t go right. I think we are therefore in a unique position to see problems and to deal with them. Once you see and deal with problems, it always allows a creative mind to think, “Well, maybe there’s a better way.” I think Tom Fogarty’s story of being a scrub tech, seeing patients with blood clots in the artery of their leg, and seeing the surgeons of the day doing a big operation. Fogarty made a simple observation that most of those patients came back for amputation, so he figured amputation isn’t very good. He wasn’t even in medical school then, but he pioneered the use of a balloon catheter to extract the clot and, as a result, changed the face of the way we think about treating blood clots in the leg. That simple observation has now been used in more than 20 million patients. That’s the ultimate leverage.

What exactly is leverage, and why do you think it is important? Leverage is important because, if one physician treats one patient, then one problem is solved. If we train other physicians to do what we do, they go out and multiply what we know. If we develop a new tool, technology, or solution, that then becomes potentially applicable not just in your hospital, not just in your state, not just in your country but worldwide. If you want to make the most of the breaths and heartbeats that you have as a human being, that becomes very powerful for a segment of people, and that’s what we try to attract and teach in both the Biodesign Program and at the Fogarty Institute. 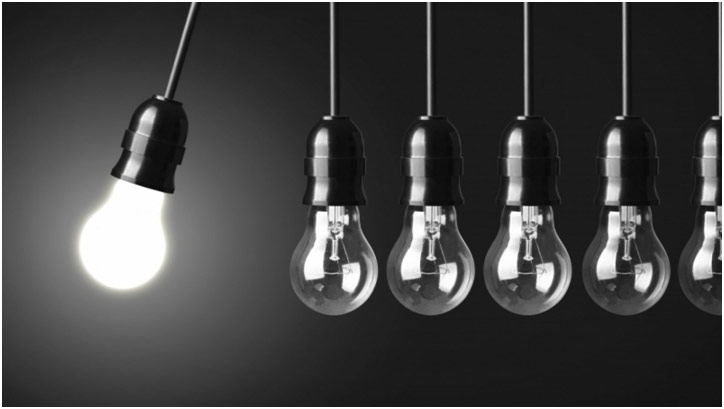 Leverage and Making an Impact

Could you tell me a little bit about the Byers Center for Biodesign at Stanford?

So more than 15 years ago, Paul Yock and Josh Makower, who founded the program, had this notion that there was a gap where people understood potential inventions but had no idea of the process of developing medical technology. As a result, we started a postdoctoral fellowship for such people. Our fundamental premise is that we bring together a team, including a physician or two, an engineer two, a business person or two in typical groups of four. We teach them the core skills of understanding the FDA process, the process of clinical trials—evidence-based and now value-based med-tech innovation. In the course of this didactic process, we also encourage them to start a project. Those projects over the last twenty years have now resulted in more than fifty medical device technology companies and more than three and a half million patients treated with Biodesign-derived technology. That to me is the story of leverage, and that’s what I think in many ways is the most compelling output of the 20 years of the program.

Why do you think bringing together an interdisciplinary team is so important?

Interdisciplinarity is important because of the fresh observations this kind of team brings. For example, if offensive football coaches talk to one another, all they’re going to talk about is how to drive a better offense. If you add a defensive coordinator to the conversation, there will be a broader view of how we might make a better football team. In a similar fashion, if physicians talk to each other, they’ll simply say, “Yeah, we see that. We see infections.” However, when you bring together a scientist and engineer, someone who understands how you might manufacture and someone who understands radiofrequency energy, now, all of a sudden, you have a team that can become energized. When they do and get jazzed about solving a problem, you have something powerful. I think the history of the invention has been collaborative teams like that, whether you think about Hewlett and Packard, the original Silicon Valley team, Jobs and Wozniak, or Gates and Allen, they all had complementary skills. They all came together and built out other complementary skills and changed the world.

Everybody has an idea or at least something that they think could be done better. What advice would you give to people regarding turning that idea into a reality?

First, I think there’s a mindset that was captured in a great Steve Jobs vignette. Steve Jobs says that you know many, many people live out their lives within a box, try to make a little money, and have a little fun. Then he says that life can be much broader than that once you discover one simple fact and that is that everything around us that we call life was made up by people that are no smarter than you are. And you can change the world, you can make your own things that other people can use. Then he pauses and says, “Once you learn that, you’ll never be the same again.” I think what we try to do is get people to understand that they’re not ordinary people. They have a spark of greatness and a remarkable opportunity. If we encourage and nurture that, then we can create something great. That’s really the impetus behind the Biodesign Program, the Fogarty Institute, and everything that we’re trying to do. 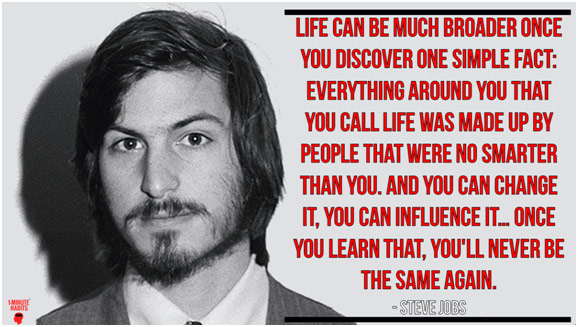 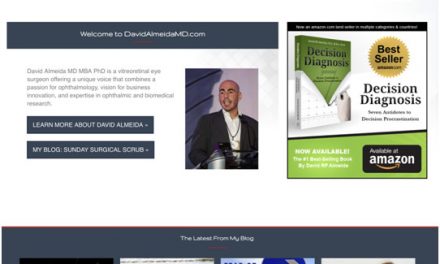 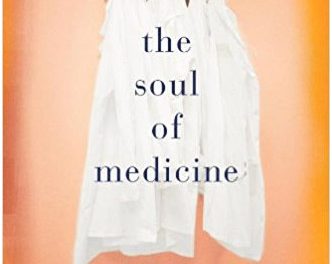 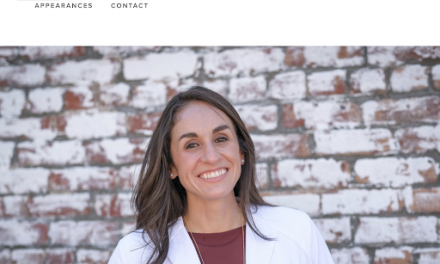 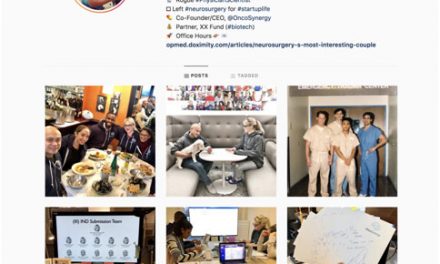